A while ago, Resso, on-demand music streaming app from ByteDance, entered the competitive streaming market in India. How competitive?

JioSaavn and Gaana have more than 100 million MAUs each and Hungama has 65 million active users per month. If you compare it with the total market size of 150 million users, there’s basically a narrow window for Resso to acquire users.

And, if you consider Apple Music, Amazon Music, and YouTube Music, Resso can’t find many users who haven’t experienced on-demand music streaming before. So, Resso has to make the users switch. But the good news is users tend to use more than one app for music streaming (as they do for social networking and messaging). So, Resso has to at least convince users that it’s worth a try, if not switch.

It is quite apparent that they have to beat a big head start. But Resso believes that it can do so by bringing in ‘social’ into streaming. In an interview with Business Insider, Hari Nair, the head of music content and partnerships at Resso called the app a “social music streaming experience”.

“There was a clear void between streaming services and social media. Resso connects both of them very nicely”

– Hari Nair, the head of music content and partnerships at Resso.

While it seems interesting, it’s not going to be easy (if it worked out well). Before knowing what’s ahead for Resso or any social streaming apps, we have to understand the business models of both music streaming and social media.

As you know social networks rely on capturing the attention to maximize revenue. The more you stay on an app, the more they can make out of it. Why? It’s simple — they rely on ads. Most of the social networks (excluding the ones from China, of course) have latched themselves to advertisers for way too long. Though they have realized it now and are trying to create new channels for revenue, I believe it’s too late (and there’s also an opportunity).

On the other hand, music streaming services rely on subscriptions (at least that’s what they want to achieve). In a typical startup slang, subscriptions could be their ‘North Star’. While they allow users to listen to Music with ads (think Spotify), the end goal is always to push them towards subscription.

Social Media networks never even tried it [subscriptions] — at least till now.

Facebook and Instagram wouldn’t be the largest consumer-facing app — holding the users up to 65 minutes every day if it isn’t free. And, it paid the company well. Facebook made $69 billion out of ads last year and it is poised to hit $100 billion in the next 2 years.

Music streaming apps like Spotify can’t rely on user engagement to monetize. Why? Ever heard of passive listening? Of course, you have. You don’t play a song or a podcast episode and look at the app’s screen.

Music has been passive for a long time. We listen while we work, drive, exercise, and relax. So the apps were designed to make the process seamless. You don’t get the feed of personalized music to scroll through and listen. I bet, most of the time, if not all, we just shuffle play a curated list or let the liked songs to play on repeat.

There’s a reason why Spotify keeps playlists open and invests so much on curating them. Spotify launched with 3 billion playlists! Secondly, Music content isn’t user-generated. For instance, Spotify had to license it from studios and so pay them back. This means ads just won’t cut it.

But will we change? Will we actively listen to Music? That’s to put things lightly. Will we ever use Music apps similar to how we use social media apps? Well, ByteDance (TikTok’s parent company) says India will and it is willing to take the bet with Resso.

Here, we will see what’s ahead for Resso — The Good, The Bad, and The Ugly.

Sidenote: We aren’t trying to answer whether Resso (or a music streaming app) can succeed in the Indian market. The idea is to predict what it is up against.

The Good: Personalized Recommendation and Design

If there’s one thing ByteDance is great at, it is ‘content recommendation’. Any TikTok user would tell you how hard it is to get off the app without at least spending a good 30 minutes (an average user spends 52 minutes per day on the app). In fact, when I did an analysis on ByteDance last time, I talked about how it builds and constantly improves an AI-powered content platform so that it can get the right content to the right users at the right time. ByteDance calls it “The Virtuous Cycle of AI”. All of its apps including TikTok use the same to present personalized feed to the users.

The sequence of recommendations is so good, sometimes, we couldn’t let ourselves off the hook. I assume Resso relies on the same framework. So, I installed the Resso app to see how it worked in terms of music recommendation and yes, it is great. While it asks the users to follow artists (similar to Spotify), it will eventually land you on a music feed. The feed looks exactly like TikTok, but you’ll see the music player options here.

Secondly, as I mentioned above, social media networks and music streaming apps tend to take a different approach towards product features, design, and marketing messages. As Resso is putting itself in the middle right from the start, it has an advantage. It can develop the product and UI to ensure users aren’t just considering it as yet another music app.

From the quick analysis of reviews from both installed users (via Google Play) and media outlets, UI is an instant hit. Almost everyone likes the look and feel of the player.

ByteDance has a history of relying on ads to make money. But as you have seen above, the Music industry is different and subscriptions are the best way. It doesn’t have to be the only source of revenue, but it should be the largest.

So, Resso offers ₹99/mo. premium plan for the users who would like to skip ads and download music for offline listening. While it costs less than Spotify, Resso has a problem. Less than 1% of the music streaming app users in India pay for subscriptions. Just 1 percent out of 150 million users.

That’s why India’s biggest music streaming apps (JioSaavn and Gaana) were supported by other revenues. In other words, they don’t have to rely on subscriptions to run.

Sidenote: JioSaavn is backed by Jio and Gaana is by Times Internet and both the parent companies aren’t relying on music subscriptions.

But in Resso’s case, it is different. Even if it is owned by ByteDance, the world’s most valuable startup, Resso has to fight an uphill battle to convert the listeners to subscribers. Just to clarify, I think this is a problem for all the streaming apps, not just Resso.

“India is a value-conscious market, and we believe that users will pay for an experience they believe is made just for them, ranging from playlists and personalization to payment options and brand engagement.”

Now comes the final hurdle. It is one thing to get social features into the app and use it to distinguish the brand, but it’s another thing to change the behavior of the users. Here’s what Indian users will typically do while listening to music:

But it isn’t something Resso overlooked. It understands that music consumption has been largely “passive” and it has to convert users to active listeners.

Meet, Vibes. Resso is clear that it is getting into a competitive market and users already have what they need. So, it intends to use ‘Vibes’ to:

To put it simply, vibes is its trump card. I suggest reading Ravish’s take on vibes and how it helps Resso.

Vibes are GIFs or short-video clips that act as a cover for a song. Any user can upload a short-video/GIF and the rest will see it as background while lyrics show up at the front.

The cover image and screenshots are sourced from Resso.app.

Users can hear, share, comment on a track and like, upload, and share the vibe (with a line of lyrics on it). Whether vibes can do the job or not is a different question and I assume Resso is going to come up with more social features to push itself against the competitors.

So, let’s say that the ‘vibes’ worked as expected, it means the competition isn’t limited to music streaming apps anymore. You bring social media into your app, you are going to compete with the social networks.

What about Spotify’s Social Listening?

Note that it isn’t trying to encourage “active listening” here. You scan and start listening while doing whatever you are up to. And, that’s why Spotify isn’t competing with Facebook/Instagram/TikTok.

There’s one thing that can help Resso to sustain the users it attracts with new social features — ensuring it delivers its use case. People install music streaming apps for music and as long as it provides them with a huge portfolio of music, users will stick to it.

Resso, like Spotify, should focus on content and that’s the right move. As it can deliver personalized music, the next step should be to deliver exclusive content that pulls in loyal audiences. Spotify has 10 million users as per SimilarWeb data. That’s because it prioritized content and it’s done a good job at personalization as well.

With a pleasing UI and social media features, Resso might attract users for a while, but it is putting itself against both music streaming apps and social media networks in the long run. I am excited to see how things will pan out. 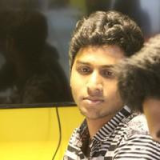